Photos by Dale Smith / Ruby James of New Smyrna Beach and a member of the Artist’s Workshop, carries three bricks away from the former New Smyrna Beach High School campus on Quay Assisi , which is being demolished to make way for the  Mosquito Lagoon Enhancement Center. James took the bricks for her three children who graduated there.

This story was submitted by contributing writer Dale Smith

NEW SMYRNA BEACH – City resident, a long-time advocate and supporter of the Mosquito Lagoon Enhancement Center, cried as a big claw swiped at the side of a building on the camps of the former New Smyrna Beach High School, scattering bricks below.

She was overcome with emotion knowing what she worked for was coming to fruition on Friday with the start of the demolition.

The first bricks were laid in 1964. For some the spectacle of watching the first of many buildings on the campus of the defunct New Smyrna Beach High School being demolished was a joyous event while at the same time it was a sad one.

The start of demolition drew dozens of NSB High graduates to the fomer campus.

There were a lot of memories being taken away by the heavy clawed machinery as several hundred people gathered, some taking photos, others taking bricks as momentos as workers officially began clearing the site.

Brett Boston, executive director of the Wildlife Foundation of Florida echoed Friday what many in the community had said for years about the massive eyesore of a barren campus with broken windows and overgrown weeds: “It’s been a long time coming.”

Brett Boston, left, executive director of the Wildlife Foundation of Florida and Mayor Adam Barringer wait for opening ceremonies kicking off the official start of demolition of the old buildings on the campus of the New Smyrna Beach High School. All but three of the buildings will be spared.

Officials from the Wildlife Foundation of Florida, the Florida Fish and Wildlife Conservation Commission and representatives from the Marine Discovery Center and the Artist’s Workshop were in attendance, as were Mayor Adam Barringer and City Commissioners Judy Reiker and Lynne Plaskett.

Barringer recognized those who began the process of working with the state to create the Mosquito Lagoon Enhancement Center.

“From the very beginning, these folks pushed hard for this and were successful,” Barringer said as he introduced former mayor Jim Vandergrift and his wife Pam, former mayor Sally Mackay, former City Commissioner Richenberg and community advocate Clancy.

Gary Libby, chair of the Volusia County ECHO Board of Directors, speaks to the crowd Friday. Next to him is City Commissioner Judy Reiker.

Richenberg was a part of the decision-makers nearly six years ago when city officials opted to not sell the land to developers.

Richenberg said he’s glad he stuck with his vision for the betterment of the city as a whole. “What it really boiled down to was education versus greed,” he said. “Developers wanted to come in here and build condos. Once done they would just leave town. But education is forever. People can’t see the whole picture sometimes.”

When the school closed the Volusia County School district’s plans to sell the property never materialized because of lack of support from state officials. The land was sold by the state to the county in 1961 for $1 but had to remain either a school or go back under state ownership. A new high school was completed in 2007, on 10th Street near the Edgewater city line.

With grant money from ECHO, which stands for Environmental, Cultural, Historical and Outdoor Recreation, the Wildlife Foundation of Florida requested $600,000 for its Mosquito Lagoon Marine Enhancement Center on the site of the former New Smyrna Beach High School.

The project's total cost for phase 1 of demolition and renovation of buildings is $1.2 million. The Wildlife Foundation of Florida received matching funds from the city that would help renovate one of the buildings. Funding for Phase 1, totaling $900,000, will come from a variety of sources, including the ECHO grant of $600,000; the Wildlife Foundation, $180,000; the city, $130,000; and $10,000 each from the Marine Discovery Center and the Artist’s Workshop.

Boston said that within the next 90 days the old cafeteria, gymnasium and several other brick buildings will all be demolished with about 90 percent of the bricks and mortar being crushed and recycled into what will eventually become fill for road projects. Only three buildings will remain intact but will undergo substantial work including new roofs.

Known as Building 11, the Marine Discovery Center and the Artist’s Workshop will make their new home there, while Building 10, the two-story classroom building along the front of Quay Assisi will eventually become the educational and new research facilities.

Law Enforcement personnel from the Florida Fish and Wildlife Conservation Commission will be housed in Building 13, formerly the auto shop building.

The property will also have fish hatcheries and a boat and kayak launches into the lagoon.

Fred Hill, project manager and owner of Coastal Construction Management in New Smyrna Beach, said he expects to keep to the 90 day demolition schedule even though officials expected the timeframe to be closer to 120 days.

“It looks like this may be the case,” he said. “We’re recycling our materials here on site which is going to save us a lot of money overall, something like a quarter of a million dollars.”

However Hill said because of a lot of vandalism at the site, they will be forced to redraw some of their designs of the buildings that are being kept. “Vandalism costs us extra in dollars and in time,” he said. “We have to redesign our blueprints to some degree. We were hoping to not have to spend extra money on something like vandalism, but we are.” 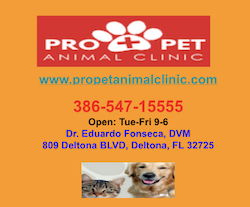